School girls look very simple and decent when appearance matters. They are not allowed to put on heavy makeup or wear clothes which are not appropriate according to their age. Also, when it comes to hairstyles they should keep them simple. They should look such that innocence is depicted from their appearance. 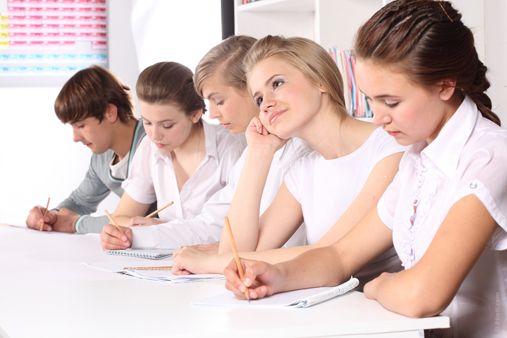 Below some hairstyles according to hair length are mentioned which a school going girl should try on:

Short Hair – If you have short hair then you are very lucky as the short hair for school going girls would depict their childlike nature. Bob Hairstyle would look good when you are dressing up to go to school. You can even go for angled bob haircut as this would also be a nice option. Bangs would also suit any face shape and also they make you appear stylish yet simple at a single time. If you have straight, short hair then you can even curl them as curly hair are very-in these days and best suited for school going girls. You can even go for blunt cut or pixie cut or can even keep short ponytail. These hairstyles are also nice choices to be considered.

Long hair – If you have long hair and you want to tie them up, then the best option is to go with ponytails. Low ponytail or high ponytail, either one would look good. You can also think about having a messy ponytail or side-swept ponytail as these can be considered a good option. Braided ponytail and twig tails are also nice options which can be opted for. Another nice hairstyle which you can try on when going for school is layered hairstyle. Layers and steps look good on long hair and are nice alternatives to be thought off. You can also go for half up and half down hairstyle as this is very simple but a good choice to be picked by a school going girl.

When choosing a hairstyle according to the type i.e. either straight or curly, then keep in mind the following points:

If you have straight hair either short or long in length, then you can opt to tie them up. Tying them up fully is one choice and another choice is to go for half updo where only half hair are tied up. You can also opt to keep them fully open as open hair looks great either you are blonde or brunette.

If you have curly hair then the best option for your hair when getting dressed for school is to keep them open. Front bangs look great when styled with curly hair, so you can go for that option too. You can put on beautiful hair accessories like headbands and hair clips to make your hair appear more beautiful. If you want to make a ponytail for your curly hair then too it’s a nice choice.

Be sure that you style your hair in such a way that you don’t look older than your age as then the innocence of a school girl would be damaged. Along with hairstyle, make sure that your clothes and makeup are also proper and according to your age only.

Tips for Increasing the Growth of Your Hair